Web of Lies: Part One 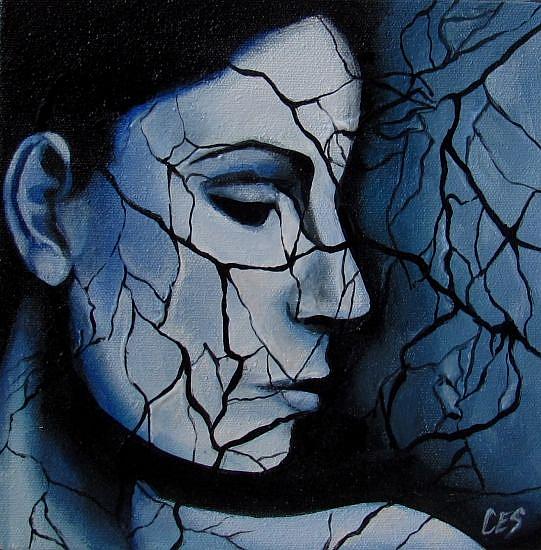 January 13th, 1995, 12:15 am: “So everything about you, about us, is a lie!” Jo screamed backing up until she hit the wall. Nick tried moving closer in an attempt to give some sort of comfort. Not that he really could, it was true. Everything about the past eight months of their life together had been a lie. His name, his job, his family, but not his feelings–he said, but even in that respect Jo had doubts. He reached out to brush the tears off her cheek, but she slapped his hand away and screamed before he could.

“Don’t you dare touch me! Any chance we had is gone now! It’s all your fault! I loved you! God I loved you!”

Jo couldn’t stop herself from lashing out. The words poured out in a storm that had no end in sight. She only took a breath when the sobs started to rack her body in small quakes. She grabbed her bag and coat, then rushed out of the apartment they had shared for nearly half a year. When she finally got to her car, she calmed down enough to brush the remaining tears from her eyes, clearing her vision enough to see again, and she drove off. She didn’t know where she was going, and frankly she didn’t care. As long as she was miles away from him, she would be content.

Twelve hours of driving will take a toll on a person, especially someone who’s mentally and physically drained. Jo pulled up into some skivvy hotel, booked a room, then unpacked the few items she managed to grab on her way out. As she entered the bathroom to take a shower, Jo replayed the past 12 hours vividly in her head:

“I know, I know. I promise when I get home from this business trip I’ll help you clean it top to bottom.”

Hmmm, I thought, this would be a treat because he’s never so much as picked up a pair of socks. “Yeah right.” I rolled my eyes. “Your timing is perfect as always; I’ve already started.”

With that, I ended the call and scrubbed the floor even harder.  Surprisingly, for the first time, the flooring started to lift, so I turned off the steamer and went to press the strip back in, but it lifted up with ease. Underneath, was a shoe box duct-taped shut. My curiosity got the better of me, and I walked with it into the kitchen, grabbed a pair of scissors and ripped the box open. Inside was a passport, wads of cash, and a gun! A gun! The passport had Nick’s photo, but the name inscribed below was “Jason Hanscon”. What was going on? What the heck was going on?  My heart sank into my stomach. I almost dropped the box as I continued to go through its contents.

After hours pacing and debating with myself, I set out the contents of the box on the kitchen table and waited for him to come home. As I sat down, I heard the door unlock and open. He–whoever “He” really was, was home.

“Care to explain, Jason?” I spat out confusedly as I began to tear up.

He dropped his bag on the ground and walked over to the table. “Jo, yes, I can explain. I can explain it all.”  Deep inside my heart grabbed at the possibility of an acceptable truth from this man whom I had apparently never really known at all.