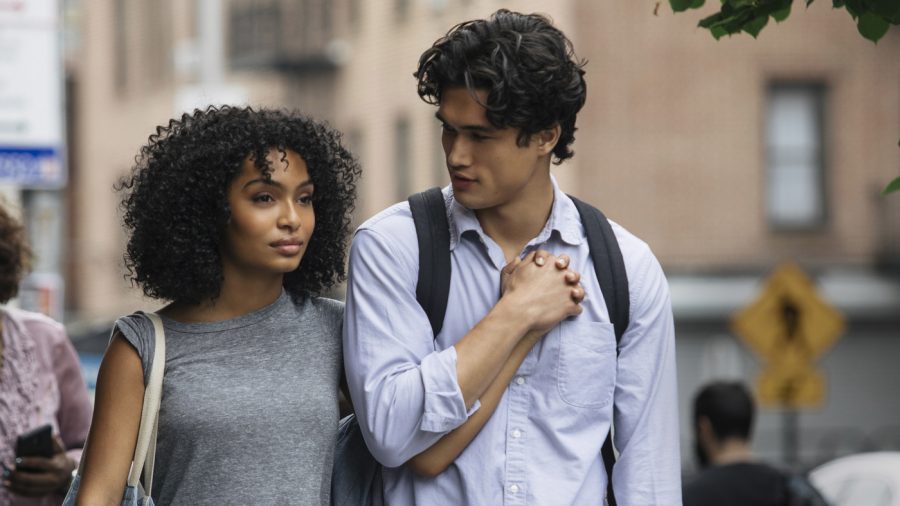 Natasha (Yara Shahidi) and Daniel (Charles Melton) fall in love over the course of a single day in the film adaptation of Nicola Yoon's young adult romance novel The Sun Is Also a Star.</em

What is love? Is it a feeling all will experience? When is one supposed to feel it? Is it something promised to the young that is as make-believe as a fairytale? In the popular summer flick, The Sun is Also a Star, Daniel Bae (Charles Melton) makes Natasha Kingsley (Yara Shahidi) soon question everything she thought she knew about the arbitrary feeling.

For Natasha, America has been her home for nine years and this was supposed to be her senior year of high school, but she and her family might be headed back to Jamaica, thanks to random ICE raids. Potential deportation starts when Samuel Kingsley (Gbenga Akinnagbe), her father, was working a kitchen, and ICE raids discovered him without warning. All Natasha wanted to do was focus on her AP classes. None of this could come at a worse time. On her way to try and save her family from being deported, Natasha is almost run over by a crazed driver; however, Daniel Bae, son of Korean immigrants, was there to save her. Bae insists it was fate that caused them to meet. The title carries its own special significance as well, because this is a film that is about more than love–it also emphasizes the scientific aspects of evolution, time and existence.

The actors may be a familiar sight to some as they are in shows like Black-ish and Riverdale. Charles Melton was never really heard of until Riverdale where he plays Reggie. The Sun Is Also A Star was an important film for Melton because it got him his first nomination for a Teen Choice Award as the top male summer movie star. Although Tom Holland won, Melton received his first nomination as an actor. On the other hand, this is not Yara Shahidi’s first big role as she has been acting since 2009 with her first role being in Imagine That with Eddie Murphy. Since then, she has gained over 10 award nominations including the BET YoungStars Award in 2017 and 2018.

The producers (Leslie Morgenstein and Elysa Dutton) did not operate with a huge budget. Their budget was around 6.6 million, with the average being between 70-90 million per production, online sources state. The director (Ry Russo-Young) does a phenomenal job with the under-funded project. Even though critics gave it a 51% fresh on Rotten Tomatoes, the audience had more to say. Junior Mark Day comments that “The movie was cute to watch with my girlfriend; it’s more of a date flick.” When asked her opinion, sophomore Brianna Scarmack remarked: “The Sun Is Also A Star tackles real world struggles for illegal immigrants.” So here’s a movie that’s about a lot more than love even though that might be the initial draw. Give it a view.

See the trailer below: