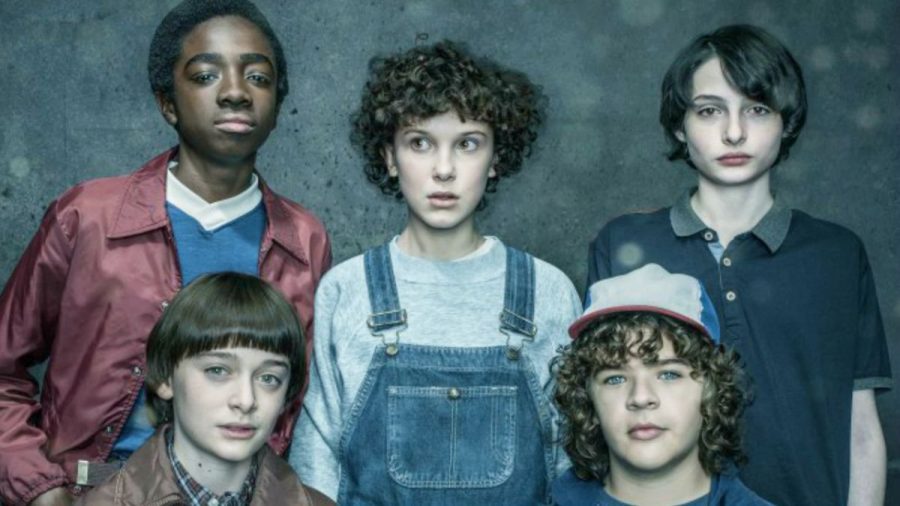 Most people would agree that TV functions as a release, and students everywhere need down time after eight hours or more of academics and sports/extracurriculars.  Throughout the halls of Hubbard High, one can hear teens talk about their favorite shows to binge watch.  Here are some of the top shows on their “Must Watch” List.

Grey’s Anatomy (ABC): This show is all about a group of doctors in Seattle, Washington.  Meredith Grey, daughter of a renowned surgeon, continually faces dilemmas in each episode.  Meredith is shown working through relationships with fellow workers, some who are love interests. In addition to discovering all about  Meredith’s life, viewers learn a lot about all the other interns and doctors in the hospital.  Freshman Sidney Marenkovic says, “I like that the program presents realistic medical concerns,  but still has drama in it about friendships.”

Stranger Things (Netflix):  This Netflix series is set in Hawkins, Indiana in 1983, and is based on the science fiction and horror genres.  The series shares a story of Will, a missing 12-year-old, and his mother’s search to find him.  The hunt presents many mysteries and governmental plans kept hidden from Hawkins’s residents, and the viewers as well.  Sophomore Madi Barton exclaims, “I like Stranger Things because at the end of each episode you are left with questions, and it makes you want to watch the next episode.”

Gossip Girl (CW & Netflix):  This show, set in New York, on the upper east side, is about a group of privileged teens who are moving on with their lives, everyone except mystery blogger Gossip Girl, as she continues to stir up trouble.  The only issue is that no one knows who Gossip Girl is–is it Blair?  Is it Serena?  Senior Chandley Hodge explains why she enjoys the series: “There are a lot of plot twists; it’s dramatic, and it’s about teenagers.”

Criminal Minds (CBS):  This show takes us through the lives of FBI profilers as they take on the dangerous task of identifying and arresting criminals.  In this series, viewers learn all about the FBI team and their individual skills.  One gets to experience the risky steps the profilers take to stop the criminal before he or she does anything else.  Sophomore Grace Ryser exclaims, “I like seeing what goes on behind the process of solving crimes.”

Impractical Jokers (TruTV):  This television show will keep all viewers laughing.  Impractical Jokers is a hidden- camera shows that follows a group of best friends around.  These friends must complete the dare they are given, but if they do not complete their dare, they may be up to complete an even worse challenge at the end.  It is not a typical pranking show! Freshman Lexi Beeson says, “I like the series because it is funny and always makes me laugh!”

A junior class of 14 students ranked their favorite shows as Impractical Jokers, followed by Stranger Things, with Grey’s Anatomy trailing.  Regardless of one’s favorite choice, TV binging as a past-time, especially for teens drained by a long day of academics, will continue.