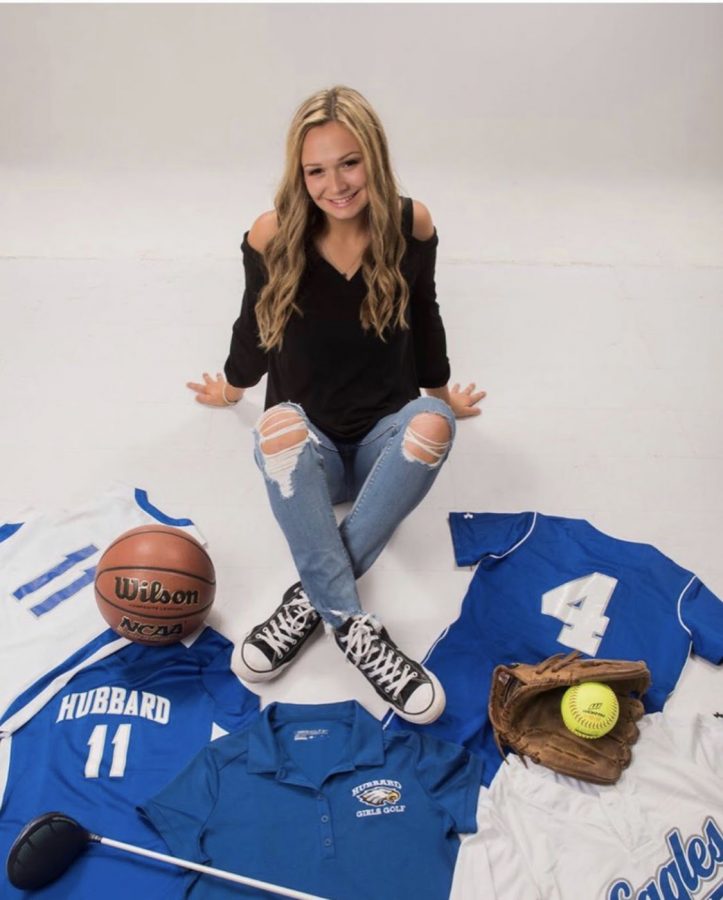 Throughout her four years of high school, Jackie Adler has accomplished much in three particular sports: golf, basketball, and softball. Not only does Jackie actively play  three sports, but she also balances her school work and maintains a 3.9 GPA. Adler is also a member of the National Honor Society and many other clubs which include: the HUB, and both the Spanish and SADD clubs. In her free time, Jackie enjoys hitting balls at the driving range. “Golf is my favorite sport even though it’s not the one I’ve played the longest,” she says. She aspires to go to college and play golf for a reputable college. So far, Adler has visited many schools, including: Mount Union, Notre Dame, and Otterbein in Columbus, Ohio. Additionally, she enjoys watching sports on T.V.

In other sports, Adler is on track to be a four year basketball letter-winner and has been playing the past eight years. Her positions are shooting guard and point guard. Additionally Jackie has played softball for ten years of her life. She, once again, is on track to be a four-year letter-winner, as the captain of the team. She plays shortstop and pitches when needed. Adler  has always been a good team player and friend; she never lets any of her teammates get down on themselves.

To start off her senior year, Adler won a Raising Cane’s Athlete of the Week award. Not only did she win a gift card for $100 to Raising Cane’s, but she also got interviewed for WFMJ news. Additionally, she won WKBN Student Athlete of the Week award. Furthermore, Jackie was voted by Hubbard High School as the 2019 Homecoming Queen along with Homecoming King Nader Kassem. “Jackie and I have always been close; I wouldn’t have wanted to win with anyone else,” Kassem stated.

Because of all of the above, Adler should be recognized.  She is an amazing, competitive athlete who manages to maintain good grades and a strong social calendar as well.  Best wishes to this special senior as she moves onto college and her most promising future.