Who Scores as the Streaming Superhero? 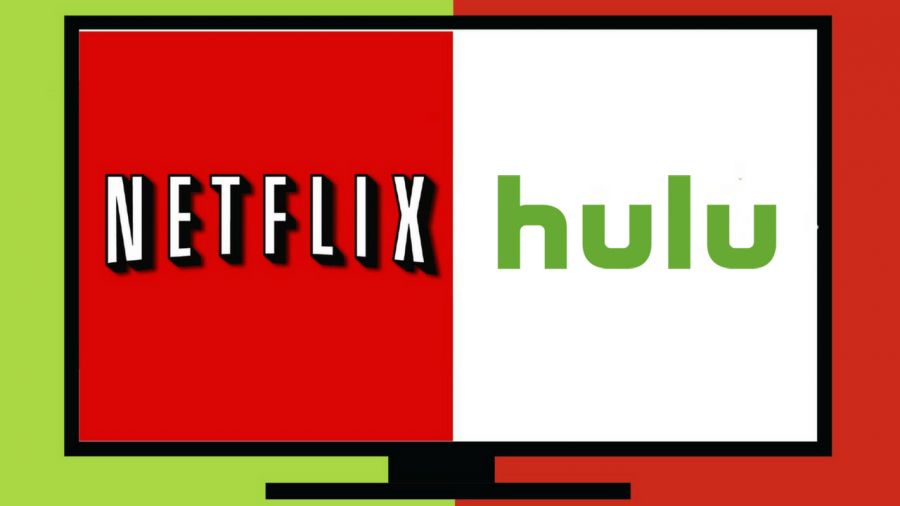 Going to the movies, recording tv shows, and renting movies from RedBox or Family Video have always been great forms of entertainment for families. But why go out of your way to do any of those things when you can just click a few buttons and have any and all movies and more available to you from the comfort of your own home? Netflix, Hulu, HBO Max, Disney Plus, Amazon Prime Video, and Youtube TV are just some of the growing platforms available to families, but one question seems to keep arising. Which is the best streaming platform?

The two biggest streaming platforms are Netflix and Hulu, and there are advantages and disadvantages to both of them. Each streaming service offers a variety of different content to try and attract viewers to their service. According to online sources, Netflix spends an estimated 13 billion dollars on content each year, and has almost 150 million subscribers, so the quality of content may differ from these two platforms. Hulu, on the other hand, has more up-to-date content available, and new shows that can be seen on TV are also available on Hulu. Newest seasons of TV shows and new movies usually take about 3 months to a year to appear on Netflix, which is a big difference when compared to Hulu. This lag time can be very frustrating, particularly if you are someone who gets so hooked on a show that you can’t bear waiting a whole year to watch the newest season.  When cable channels air new episodes of a tv show, if that same show is available on Hulu, that new episode will appear within a day at most.

Student opinions here at HHS vary.  When asked what her favorite streaming platform is, Senior Isabella Sandberg stated, “Netflix. I don’t have Hulu, and it has better variety and more known shows than others.”  Others disagree. Freshman Aiden Casey calls himself a Hulu fan because of the newer TV shows streaming on that particular platform.

Another factor in deciding which streaming platform is right for you is the cost of each of them. When both Netflix and Hulu were first becoming popular, it was only one price for each, but as they have become more well known each service has changed their prices. Now that they have grown their prices ranges have changed regarding the extent of their features.

Netflix and Hulu are the most popular streaming platforms to date although YouTube is advancing rapidly as an upcoming favorite. Both Hulu and Netflix  include a lot of entertaining content available to anyone who subscribes and pays for the platform monthly. Freshman student, Daphne Hendrix points out, “I find Netflix to be better than Hulu because they have more recognizable shows and movies that our generation knows. Shows we grew up watching available to us whenever we want to watch them again.”

To answer the question which is better? I don’t know. My friends among the student body of Hubbard and myself have tried both Hulu and Netflix. The content and features of each can both be useful and convenient depending on what anyone  would want to watch and where they would like to watch it. The choice lies within the subscriber depending on what they are looking to watch. Netflix and Hulu both have diverse content so either service is a good choice, it just depends on the viewer’s preference.