The Power of Crystals: Healing or Hype? 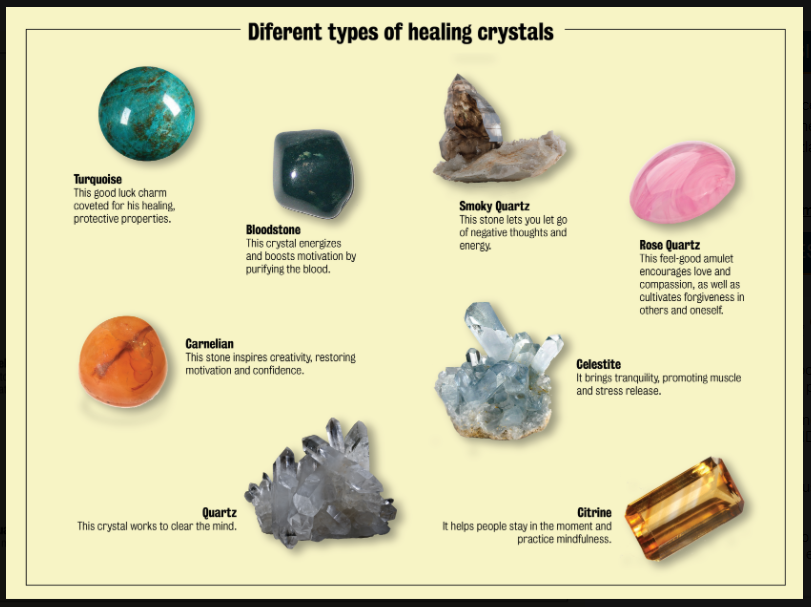 The reputed qualities of healing held by crystals has been well-documented for thousands of years. Crystal healing dates back to as early as 400 B.C., originating from the Ancient Sumerians, Egyptians, and Greeks, online sources state. Crystals have been used to aid the human body, mind, and soul in locations all over the world. The Sumerians would use crystals in magic formulas to create methods of healing. The Egyptians would mine crystals for not only jewelry, but for metaphysical purposes as well. This means that they were used to connect one’s mind and soul to a reality beyond our physical world. The Greeks believed that crystals could be used to read minds. 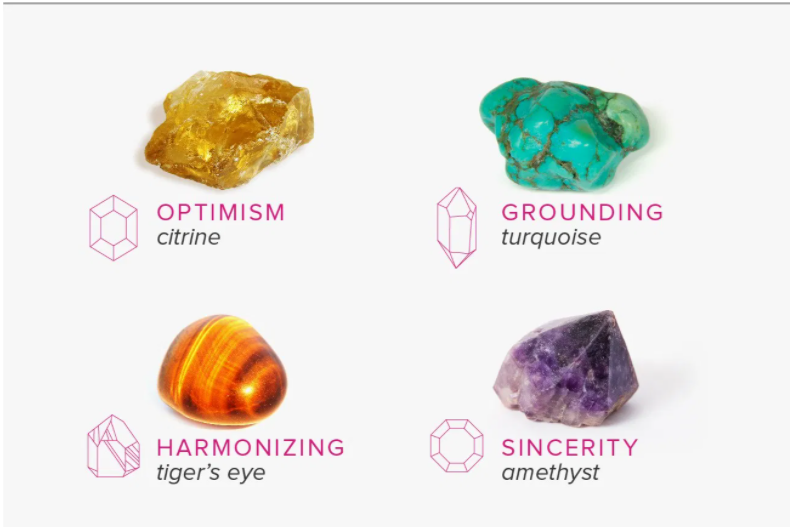 Ancient writings say that certain crystals hold different properties and powers. States Colleen McCann, energy practitioner: “Our ancestors intuitively knew that when worn, the energies of the stones would interact with the human electromagnetic field to bring about energetic changes.” These energetic changes differ based on the crystal utilized. For instance,  it’s believed that amethyst can calm anxiety and feelings of fear or guilt. The Ancient Greeks saw amethyst as protection against drunkenness. Topaz lifts negative emotions and promotes joy and happiness. In Ancient Egypt, topaz was supposed to prevent night terrors and purge evil spirits. Clear quartz can be used to treat headaches and motion sickness.

To harvest these powers, one can wear jewelry with the crystals incorporated somehow. Amulets were worn in multiple ancient cultures. It was believed that whoever wore the crystals would be protected and/or given the powers possessed by the crystal. Today, some still keep these beliefs while some wear them simply for fashion. It has become a popular trend to wear crystal rings and bracelets.

Despite their good looks, the real question is if crystals really do work. In 2001, an unpublished study was conducted by researchers at the European Psychology of Congress in Rome, states one online source. Eighty people were asked to hold quartz crystals which were either real or fake. Despite some crystals being fake and some being real, both crystals elicited reactions from the study group. “We found that lots of people claimed that they could feel odd sensations while holding the crystals, such as tingling, heat, and vibrations,” said Christopher French, a psychology professor. From this study, they were able to conclude that people judged the power of the crystals based on their belief in this power. This means that the participants with the fake crystals tricked themselves into believing that what they were doing was working, only because it was meant to.  So the experimental study seems to suggest that crystals present a sort of pseudoscience without a legitimate background of evidence.  Still, many believe in the power of these elements, and sometimes belief is all one needs.

When asked “Do crystals really work?” Senior Sydney Vaupel said, “I feel as if some people try to convince themselves that they do. It really depends on what you think. I think they work well as decorations.” When asked the same question, senior Mia Langley responded: “Crystals are cool to look at and fun to collect. Do I think they have magical powers? No. But I can honestly say that it’d be neat if they did.” Personally, this reporter has had some experience with crystals. None that can eliminate tension headaches or nervousness created by having to take tests, however. Although they hold a fascinating history, it’s very unlikely that crystals can work as a cure-all, but isn’t it fun to imagine what would happen if they could?