The heavy snowfall and winter ice-cold days did not stop HHS’s winter athletes and sports teams from performing at their best. Winter sports include: co-ed swimming, girls and boys bowling, girls and boys wrestling and girls and boys basketball. These sports keep student athletes active, and never allow for a dull moment. From shooting hoops to throwing strikes, the winter sport athletes have all had a strong and impressive seasons.

Wrestling had an amazing season with not one but two wrestlers going to state. Freshman Emily Flynn also went to state. She wrestled her way to the top, placing fourth in her weight class. Sophomore Nick Bowser went to state as an alternate. In the EOWL championship, Hubbard had three wrestlers place, with the team placing 17th. Nick Bowser placed 2nd, EJ McCarthy placed 3rd and Brayden Balla placed 8th. The wrestling team placed fourth in the annual NE-8 tournament. The wrestlers are proud of the season they had and are ready to put out another just like it next season.

With an all new team this year, HHS girls bowling had an impressive season. Taking down schools like Niles and Lakeview, the girls team was proud of the season they had. They placed fourth in sectionals sending them to districts where they placed 12th, putting an end to their season. “ I didn’t really know where I placed for sectionals individually, but I was happy and excited that we made it to districts as a team of first years,” said sophomore Madison Brainard. Switching it up to the boys side, the boys bowling team had a few returning members and some brand new ones as well. The boys team took down schools like Struthers and Lakeview, ruining Lakeview’s undefeated season. Just barely missing the cutoff, the boys team placed 5th in sectionals, ending their season as a team. Senior John Jacobs went to districts as an individual, placing 18th overall. Early on in the season, the boys team became the NE-8 Tournament Champions. The girls and boys bowling team both had a fantastic season, hoping to do even better next season.

Although it wasn’t their best season, it sure was one to remember. The girls and boys basketball teams made it to their sectional semi-final before both teams fell, ending their season. The boys team faced off against Ursuline, ending with a final score of 52-73. The girls team faced off against Cardinal Mooney, ending with a final score of 32-44. “After all that happened this season, losing our playoff game was not only sad but bittersweet to see our seniors go,” says junior Kaitlyn Thompson. Losing seniors is bittersweet for both teams, but returning members hope to have an even better season next time around.

Last but most certainly not least, let’s consider the HHS swimming team. For the third year in a row, the boys team was the NE-8 Conference Champions. Our boys relay team went to districts and placed 7th. The relay team consists of four members: Dom Panozzo, Ryan Grisgby, Giovanni Walleye and Sam Esposito. Senior Dom Panozzo went all the way to state, placing 6th. In his entire career at Hubbard, Panozzo broke five school records in all. The girls and boys swimming teams can’t wait to have another season as amazing as this one. 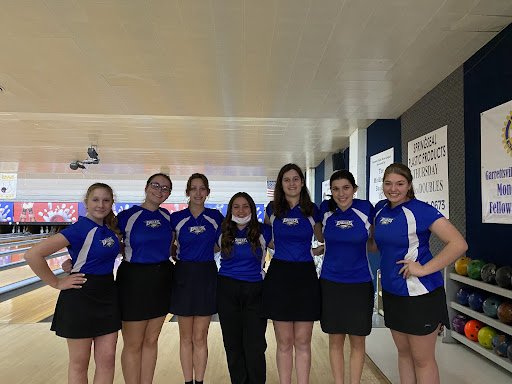