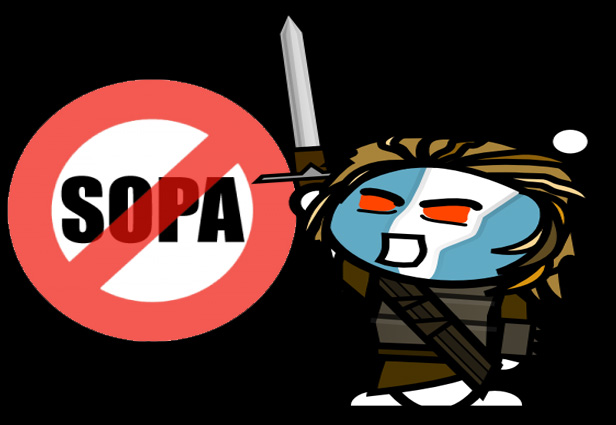 The Stop Online Piracy Act (SOPA) is the latest controversial bill being debated in Congress. Proposed by Lamar Smith, a representative from Texas, the bill aims to protect copyrighted materials on the internet, a noble (and seemingly dying) cause.

Just like most of the well-intentioned legislation in America, this bill would also be subject to horrible execution if passed into law. Video streaming and most websites that feature user-submitted content would be taken down along with sites that link to them. Say goodbye to sharing your favorite Youtube videos on your social network of choice, assuming it hasn’t been shut down first! The internet, however, is notorious for its loopholes; nothing posted on the internet is ever truly gone forever. People will find ways to get around the blocks on foreign and offending websites, which is why the bill also makes sure that anyone attempting to circumvent the law is charged with a felony. That’s right, using proxy servers and virtual private networks that you pay for could land you in prison with violent criminals for up to five years!

Supporters of the bill argue that it’s a necessary step in protecting intellectual property, after all, America was founded on property rights. The hypocrisy of the whole situation is that America was also founded on individual freedoms like the ones found in the First Amendment of the Constitution, freedoms that would be compromised with SOPA. Looking back at our government’s condemnation of China and North Korea for their strict internet censorship, SOPA seems rather ironic.

Thankfully, SOPA is still in legislation and has not been signed into law. While it’s supported by many big corporations, it’s opposed by equally formidable forces. Not only are other websites and affected global websites upset about the bill, but the American people are starting to catch wind of it and petitions have begun, despite the huge media blackout. The European Union also disapproves for fear of how censorship will affect international companies like PayPal that affect the global internet economy. Internet censorship is a slippery slope; if the government can revoke one freedom, what else can they revoke?