The Death Penalty: Should It Survive? 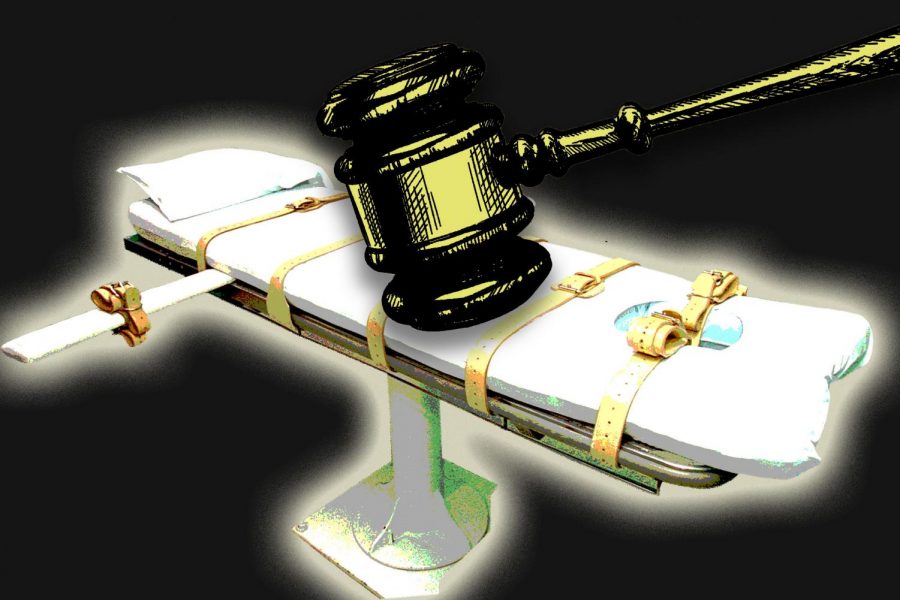 Put 50 strangers in a room, ask them their opinions on capital punishment, and most probably the room will be quickly divided into two camps: those who favor the death penalty, and those who are against it.  Those in favor of the law cite it as a deterrent and a limited taxpayer expense, while claiming just retribution.  Those who are against it claim the need for humane treatment, and cite the possibility of both wrongful death and rehabilitation.  However you see it, the argument continues.

Death penalty laws have been in effect in the United States for over 400 years, dating back to Captain George Kendall of the 13 colonies, according to online sources. The death penalty was once used not just in extreme cases, but for any offense that could be considered treasonous to the British crown or sacrilegious. Hangings were often a public spectacle used to display and humiliate the accused, and many times there would be no official trial beforehand, only a hanging rope tied to the top of a wooden platform. There were other, more unusual methods of eliminating criminals. Britain is known for its long and brutal history of methods, most commonly beheading, hanging, and boiling to death.

It seems that the death penalty has been utilized in almost every culture since the beginning of time, and since its first implementation, people have argued for and against both sides of the issue. The original methods of capital punishment have changed immensely in America since the 1600’s. In the 1960’s, the death penalty methods were revised to those with which we are familiar today. From the electric chair to lethal injection, this imposed act has always been considered the most severe punishment a criminal could receive, but many argue that premise to be false. Many would say that the death penalty is too good for some, an easy way out. So the question of continuance in the United States falls on the opinions of the people.

Students here at Hubbard High School have their own opinions on capital punishment as well.  When asked if the death penalty should be outlawed in the United States, senior Taylor Begeot said, “I think the death penalty should continue in the United States. We have so many criminals that kill without remorse, so why should they be allowed to live their lives with no regret?”  Another student, senior Chelsea Chaibi stated, “I think the death penalty should be outlawed. No matter what someone has done, they should be forced to live with that guilt for the rest of their lives.” Of course, this second senior assumes that all criminals feel guilt. However, many scientists and researchers argue that socio and psychopaths do not.

The death penalty debate continues to this day and will continue for years to come. There is no right or wrong side, but one thing is very clear: crime without some form of punishment–external or internal–is a historic impossibility and a future improbability.