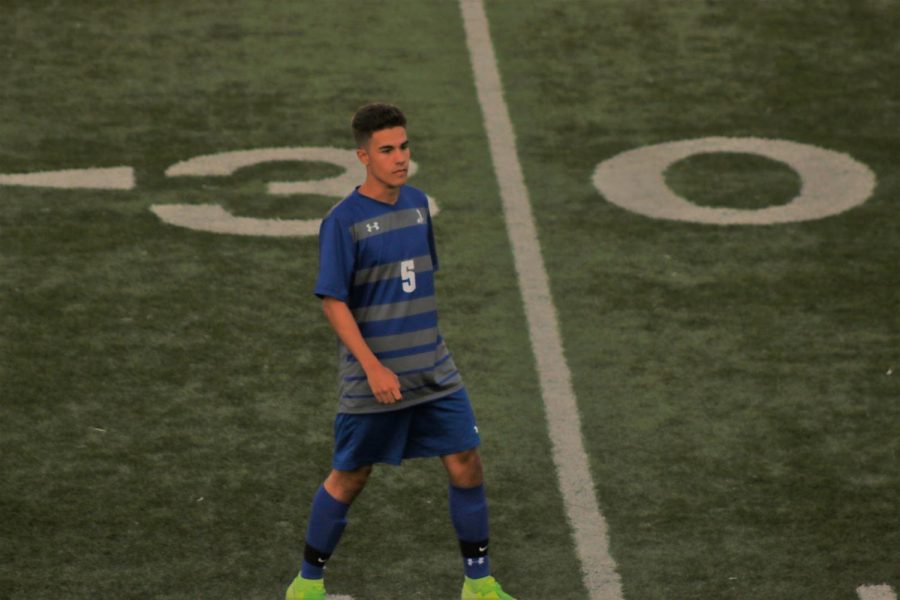 Alvaro Jordan is a 16 year-old foreign exchange student who entered Hubbard High School as a junior.  He decided on this journey to America to gain experience, meet new people, and improve his English speaking skills.  To be chosen to come to the U.S., Jordan had to present and promote himself to an organization, and an American family had to choose him. Originally born in Madrid, Alvaro now resides in Malaga, Spain.  After arriving in Hubbard, Ohio in the late summer, he is now starting to settle in. While he is here, he is not only spending his time making new friends and going to school, but Alvaro is also a part of the boys soccer team, playing right wing.  He states, “I like how serious everyone takes sports here compared to Spain.”

Back in Spain, Jordan lives with his mother, father, a 14 year-old sister, and his dog.  Although Alvaro says he misses them most, many new American friendships are being formed. He believes that “the people here are more friendly.”  Senior Nader Kassem sees the same friendliness in the exchange student. “Alvaro is very amiable and outgoing, and it was easy to become friends with him.”  The exchange student remarks that if he could change anything about his time here, he wishes that hanging out with friends would be more like it is at home. “When we go out in Spain, we do things much differently and way more often.” Jordan didn’t expand on what exactly “differently” means, so he leaves us guessing.

In the future here in America, Jordan explains that he is excited for many things, primarily, he is looking forward to Prom.  Jordan also explains that being in a different world for a year will give him many opportunities to learn and experience so many differences.  So far, the food has been the low point of his time here. He wishes the food tasted more like it does in Spain. For instance, paella is a popular rice and seafood dish–but the shrimp contains all parts–eyes, skin, etc., and his omelettes are made with eggs only, but also include fried potatoes and onions. Jordan says omelets are eaten all day long, not just as a breakfast food.  These are just two of the many culinary changes.

Even if America can’t compete with Jordan’s Spanish dietary world, we are sure that he will appreciate the warm welcome that all the students here at Hubbard High extend to him.  Enjoy this new experience, Alvaro!