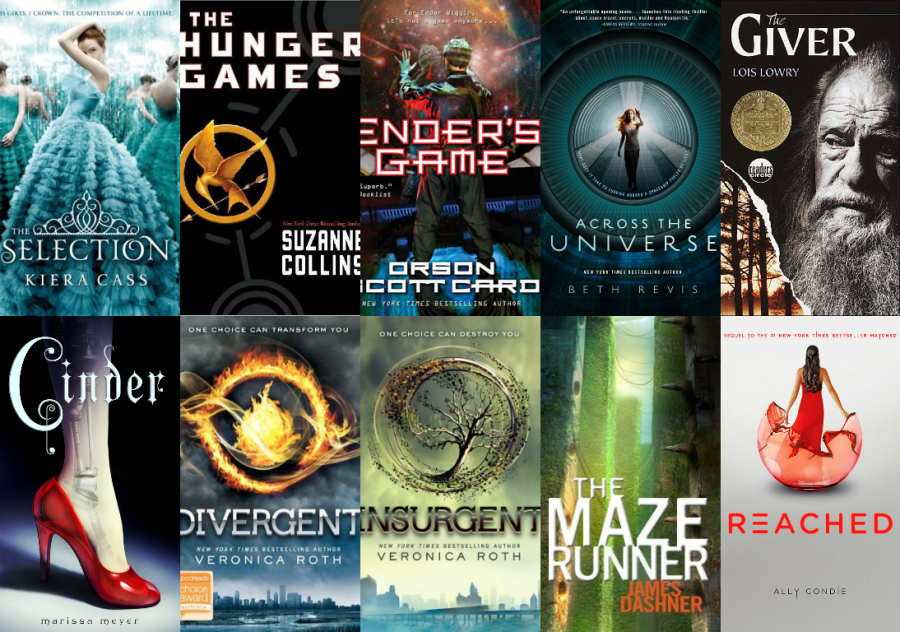 Have you ever read a book or watched a movie that might somehow relate to you, the main difference being that these stories are set in a futuristic, but somewhat undesirable society? One that at first glance, is supposed to be perfect, but  usually presents an alternate reality with the same problems teens experience today: identity, independence, survival, love. Does it seem that no matter how hard you try, you just can not stop reading or watching? These books or movies are known as dystopian stories, but what exactly is a dystopian story and why are teens so captivated by them?

A dystopian story by definition is, “ a story that puts a society under critical philosophical scrutiny.” This means that the story depicts a society much different from our own, usually dealing with a corrupt government system, and it criticizes the social norm. So the main question here is why do dystopian stories attract teens? There can be a multitude of answers. The main reason is that these stories relate so much to teenagers. Teenagers can have many conflicts that they have to deal with whether it’s with love, friends, peer pressure or personal identity. These stories are relatable because they have the same type of teenage life scenarios, but instead present a twist from the present reality.  Another reason is because of the excitement teenage readers experience when reading dystopian stories. When asked why they think teenagers are attracted to dystopian stories, junior Sophia Kimmel responded, “ I think it’s because it is an escape from reality, and it gets us teens thinking of similar conflicts through the eyes of a narrator in an alternate reality.”

There are many dystopian stories in our culture which have recently became more and more popular. Consider particularly the Hunger Games series, where the Capitol of Panem hosts a hunting game, used as an example to remind others of how the government triumphed over an unruly populace. In this scenario, a boy and a girl are drafted from each district. When drafting from District 12, Katniss Everdeen volunteers as tribute, so her sister doesn’t have to go. Drafted along with her is Peeta Mellark. Throughout the games, they fall in love, and win togethe–by killing others; however they must first encounter corruption, unfair odds, discrimination, and physical danger–problems that most teens face daily in a high school environment.

In an online article in The Atlantic, Heather Horn explains the appeal: “If … you consider the games as a fever-dream allegory of the adolescent social experience, they become perfectly intelligible. Adults dump teen-agers into the viper pit of high school, spouting a lot of sentimental drivel about what a wonderful stage of life it’s supposed to be. The rules are arbitrary, unfathomable, and subject to sudden change. A brutal social hierarchy prevails, with the rich, the good-looking, and the athletic lording their advantages over everyone else. To survive you have to be totally fake.”  And unfortunately many teens spend their entire high school career living a totally fake existence, just so they can survive and move on; Katniss and Peeta do the same. Understandable parallel, no?

When asked about what she thought was most intriguing about the Hunger Games, junior Claire Riffle had said, “What intrigued me most was the romance between Peeta and Katniss; it’s just so cute how they fell in love with each other during the games, despite all odds against them–even their own fear of trusting each other.” The Hunger Games has all the proper elements for a dystopian story, which is why it is so well known to teens because it relates to every aspect of a teenager’s life. It doesn’t just stop with this series, there are many other dystopian stories like the Maze Runner series, the Divergent series, and others.  All continue to be popular with teen readers and movie audiences.

However, perhaps we should remember that dystopian stories have so many elements to them, that they tend to attract more than just teens. Many of the conflicts that exist in these stories are adult conflicts as well. The question is, are dystopian stories just a popular phase or will it be a genre that remains popular and continues to captivate many?