175 Years: Something to Crow About 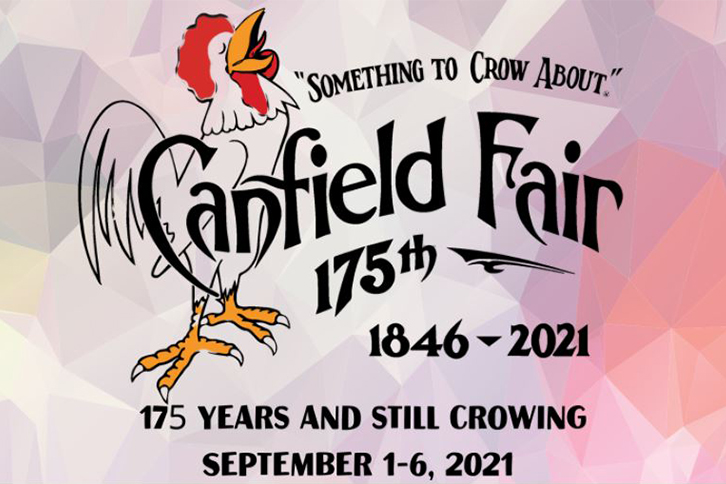 Did you know that this year is the 175th anniversary of the Canfield fair? The Canfield fair started back in 1846 when the Mahoning County Agricultural Society determined that there was a need to increase agricultural awareness in the area, states online sources. Over the year, the fair has expanded and grown to what we recognize as the Canfield Fair today. According to its online website: “The Canfield Fair is the largest county fair in the State of Ohio and the 3rd largest county fair in the United States.”  While Covid still exists, this year it didn’t stop the fair from making its 175th anniversary.

After a year and a half of nothing, the Canfield fair brought  new hope. Since Covid-19 hit the United States, everything had been shut down, including the fairs. Having the 2020 fair shut down to drive-in access only for food trucks, prevented people from walking, visiting displays and animals, and going on rides. However, this did not stop the fair from making plans for the following year. The fair made an impact on many people from Hubbard and in the valley.   Because of that interest, the 2021 Canfield Fair was labeled a success. “ ‘When you don’t have a fair for two years, yes, it was a success,’  explained George Roman, Director of Entertainment and Concessions for the Canfield Fair. Roman told 21 News fair attendance was 20,000 people less compared to 2019.  ‘Who knows the reason,’ Roman said. ‘With the spike and COVID-19 numbers going up, some people probably got a little more concerned for their personal health. We understand that.’  Even with 29 less vendors in 2021, the fair’s overall concession revenue came out higher than years past.”  Sophomore Phoebe Rusnak states, “ Since the fair was still open through the pandemic, I think it gave people something to do to get out of their houses and it gave people opportunities to go hang out with their friends.”  The fair gave people a sense of normalcy as it was with the past fairs. Sophomore Lucas Vargo says, “This year the fair seemed more alive. There weren’t as many vendors this year, but you could still feel the joy of it all. You almost couldn’t tell that the year prior there wasn’t a fair.”

In 1956, entertainment became part of the fair along with the animals, displays, rides, and games. The Canfield Fair started with the Lennon Sisters in 56’ and has had entertainment every year since. Some people that have performed there are: The Beach Boys, Rascal Flatts, Brad Paisley, Reba McEntrie, Jeff Dunham, Train, and many more. This year the fair featured Darius Rucker and Shinedown.  To this day, the Canfield Fair still has all the animals, entertainment, and rides, even if they aren’t the same ones every year. The fair’s 175th anniversary is a testament to the fact the this Canfield event is not going away anytime soon.