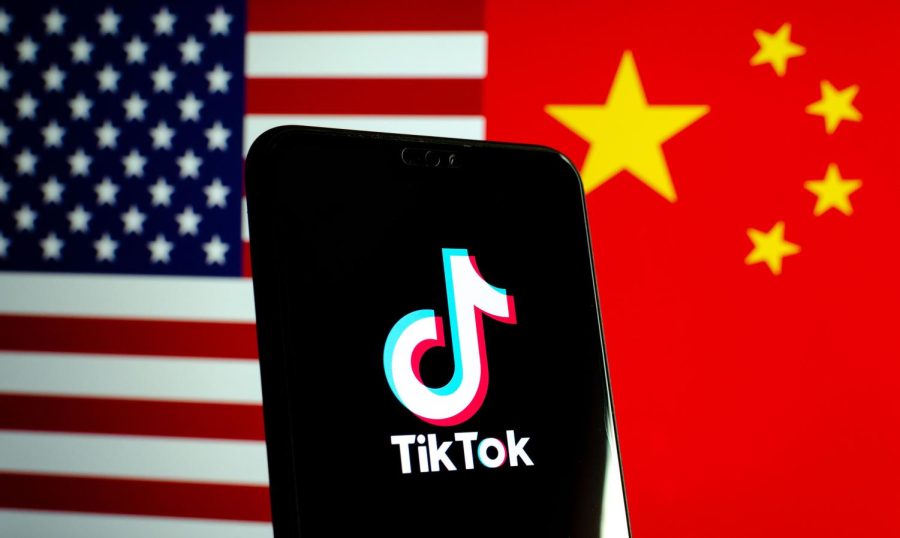 TikTok–one of the most popular apps worldwide, with over one billion users–has faced some serious concerns in the past year involving its overall purpose and whether or not it may be a threat to world security. The social media application is built around a vast number of user-created videos. It has now grown as much admiration as the popular social media application, Instagram. This growing popularity poses the highly debated question: Is TikTok just a harmless way of expressing authenticity, or is another, more dangerous, factor coming into play here?

The largest concern presented by the growing popularity is its safety, and whether or not the Beijing-based company who owns the app has different intentions for its take-off. Aliza Vigderman, a journalist at Security.org, reported that, “TikTok can gather up to 50 different kinds of information from users 13 and older–everything from age, username, gender, and email address to details about your mobile device, content of messages, and tracking data about your online activities” (Johnson). Many substantial platforms also do this, but since ByteDance–the Beijing based company–is said to share information with “advertising, marketing, and analytics vendors”, Vigderman assesses it is unsafe for the security of U.S. citizens, along with many other politicians, who also believe China could be using the TikTok application as a way to spy on U.S. citizens or “mine their data,”

Because of this growing concern for U.S. safety, the Trump Administration repeatedly attempted to force the sale of the app to an American-based company or have it banned in the United States altogether; however, current President Joe Biden revoked this executive order in June of 2021.  “I think revoking this ban was a good idea because neither adults nor our government should have a say in whether teenagers can enjoy a social media platform or not,” stated Hubbard High School freshman, Emalie Esmail, in response to the repeal of the ban.

While some continue to express concern regarding the posed threats of TikTok, others disagree, explaining that TikTok is just another form of social media used to express authenticity, and the threats made around the app are not nearly as extreme as they’re made out to be. Facebook, for example, has been under fire for years, regarding concerns involving privacy and security of the app. “‘Of all the serious cyber risks facing the average consumer, TikTok is not top of the list. Americans should be more concerned about credit card fraud and password protection rather than the entertaining TikTok app’, states Monica Eaton-Cardone, co-founder and chief operating officer of Chargebacks911” (Johnson). People with similar beliefs as Cardone feel that TikTok is, by no means, the number one threat to worldwide security; many cybersecurity experts explain to keep this situation into perspective of larger threats.

Hubbard High School freshman, Ava Flowers, stated, “With people being able to express what they want to so easily, it’s common for some to feel targeted with what is shared. TikTok is a harmless app; it is no more damaging than any other social media outlet.”  Is her perception the accurate one?  Only time will tell.