Pittsburgh Pirates end Drought, but Falter in the First Round 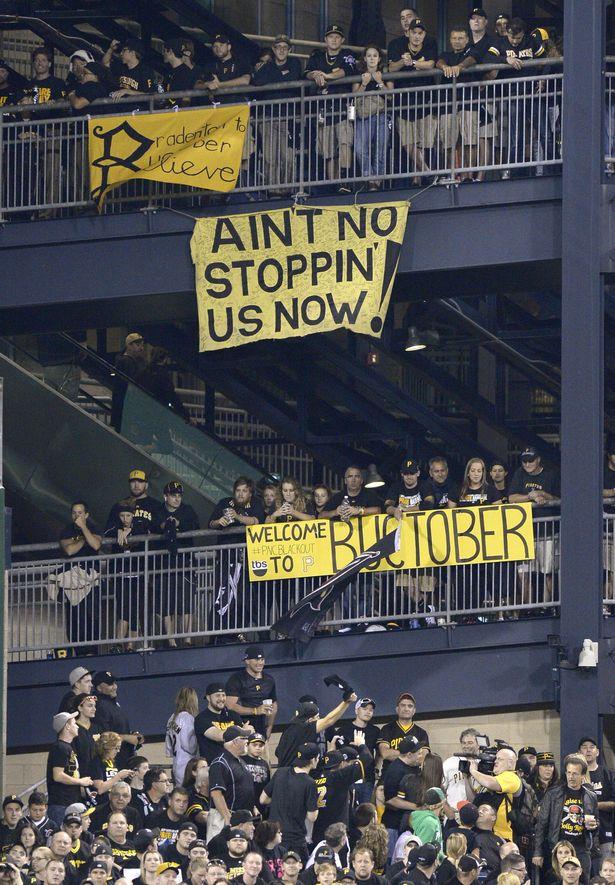 After twenty-one long years, the 2013 Pittsburgh Pirates have made the playoffs! After finishing in second place in their division, the NL Central, the Pirates were set to play the Cincinnati Reds in a winner-take-all Wild Card game. The winner would move on to play the St. Louis Cardinals in a five-game series in the National League Division Series. The Wild Card game between Pittsburgh and Cincinnati was set to be played in Pittsburgh. This would be the first playoff game ever at PNC Park. A record sellout crowd of 40,487 was in a frenzy for their Pirates.

In the second inning, the newest member of the Pirates, Marlon Byrd gave the sellout crowd something to go crazy about as he homered in his first at-bat of the game. Byrd has played in 1,250 games at the Major League level, but has never gotten a postseason at-bat. Amazingly, in his first playoff game during his first career playoff at-bat, he hit a homerun.  This threw the crowd into ecstasy, and they wouldn’t let up.

Immediately after, chants of “Cueto! Cueto!” poured out of the stands at PNC Park as 40,000 plus fans echoed the Reds’ pitcher’s name. It seemed to be an effort to try to get into Cueto’s, head and under his skin. It appeared to work since Johnny Cueto dropped the baseball while on the mound. The stadium erupted at the sight of this, because they knew they had the pitcher distracted. On the very next pitch, Pirate Russell Martin went yard as well. Pittsburgh was now on top 3-0 early in the ballgame. There was no looking back for the Pirates from there, as Pittsburgh would go on to score six total runs: Russell Martin would homer again late in the game for his second homerun, and Pittsburgh’s starter Francisco Liriano struck out five, gave up only one run, and pitched seven full innings.

In the 8th inning, the Reds Shin-Soo Choo would homer to cut the lead to four to make it 6-2. No harm was done from that solo shot. Pirate closer Jason Grilli came on in the 9th inning to finish off the game. As the final out was made, PNC Park erupted in excitement in celebration of their first playoff win in twenty-one years. Hundreds of people watched and celebrated the game from the Clemente Bridge just beyond the left center field wall. Those people stood out there all night with radios and watched the game from the bridge. As for the other 40,487, they carried on the celebration inside the stadium and nobody was in a rush to leave.

The Pittsburgh Pirates were moving on to face their division rivals, the St. Louis Cardinals in the National League Division Series. It was a back and forth series between the Pirates and the Cardinals. After falling behind 2-1 in the series, the Cardinals, on the brink of elimination, fought back in game four to force the winner-take-all game five. After a few small pitching hiccups by the Pirates, they found themselves down early 2-0. Pittsburgh was never able to get back into the game, and they would go on to lose 6-1, thus eliminated from the playoffs. But Pirates players and fans are holding their heads high, as they accomplished far more this season than anyone would’ve ever thought. Since Pittsburgh had a winning season for the first time in twenty-one years, and also made the playoffs, this is definitely a step in the right direction for the Pirates. We’re eager to see what lies ahead for the 2014 season.