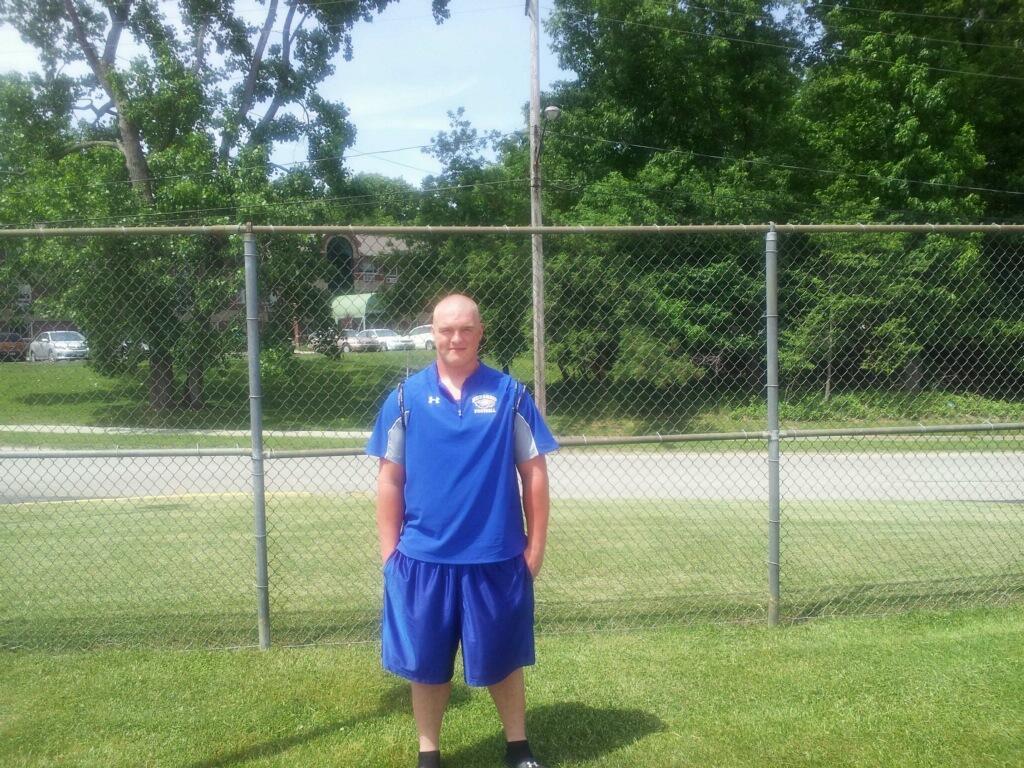 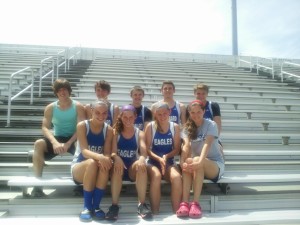 Not everybody can win the state track meet, but if you do well, your achievements will not go unnoticed. The Hubbard track team sent two relay teams, and two individual contenders to the 2013 Regional Track Meet in Bedford, Ohio: Lady Eagles 4×200 meter relay, and Eagles 4×400 relay. The girls 4×200 team consisted of Senior Amanda Lupochovsky, Juniors Megan Vavrinak and Melissa Thomas, and Sophomore Amber Mierzwa. The boys 4×400 team consisted of Senior Lendon DoBay, Junior Dillon Marx, and Sophomores David Vavrinak and Zachary Hanley. Junior Melissa Thomas (400m dash) and Sophomore Matt Jones (Shotput and Discus) also made it to Regional finals in their individual events. Recently, all of these athletes received an Honorable Mention from the Tribune Chronicles.

When asked about his experience, David Vavrinak (Junior) responded “it’s a great responsibility to be placed on this relay. Fortunately, we have four strong runners, and we all are able to pull our own weight. I am both honored and excited to have been placed on this relay, and I can’t wait to see what the next season will bring.” They are losing one of their runners, Lendon DoBay, for the upcoming season. Junior Zachary Hanley commented that “the 4×400 makes the manliest of men, and is the mother of all races;” explaining how difficult it is to run this race.

The girls’ team is also looking forward to another great season, also losing one of their members, Amanda Lupochovsky. Megan Vavrinak (who is now a senior) is excited for the upcoming season, stating that, “This 4×200 team has been together for two, going on three years now! Each year we keep getting better (they also made regionals last year), and hopefully next year we’ll make it all the way to state!”

When asked about how they felt about the team, coaches told about their teams’ accomplishments, and the Distance Coach set a new goal for next year:

“The Hubbard Eagles boys and girls track and field teams capped an exciting 2013 season with several athletes qualifying for Regional competition at the Bedford Bearcat Stadium in Bedford, Ohio on May 30th and June 1st, 2013. Heading that list was Junior Melissa Thomas who placed sixth in the 400 meter dash with a time of 59.20 seconds, and Sophomore Matt Jones who placed fifth in the shotput with a throw of 49’ .75”. Also qualifying for Regional competition was Matt Jones in the discus; the girls 4×200 meter relay team consisting of senior Amanda Lopuchovsky, juniors Melissa Thomas and Megan Vavrinak, and sophomore Amber Mierzwa; and the boys 4×400 meter relay team consisting of Junior Dillion Marx, Sophomores Zac Hanley and David Vavrinak, and senior Lendon DoBay.” – Head Coach Mr. Rodney Greenamyer

“We as coaches are proud of the girls 4×200 and the boys 4×400 relays for making it to regionals out of the tough Lakeview District. Both relays improved their times throughout the seasons. Also, Matt Jones in the shotput and Melissa Thomas in the 400 meters both advanced to finals, and just missed making state. Their performances were inspiring and we hope they can make it to state this year.” – Distance Coach Mr. Ross Stoffer