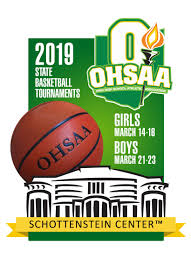 February is rolling in, and that means one thing for high school basketball–tournaments are right around the corner. The 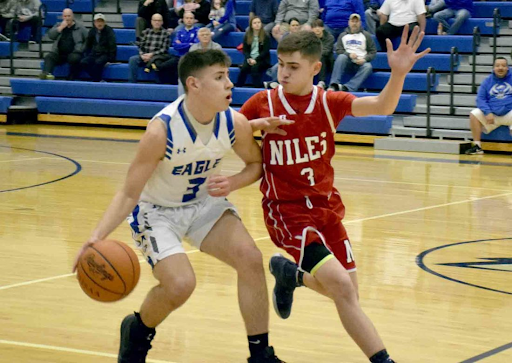 ultimate goal for all high school teams is to make it to Columbus, which is where state championships are played. Hubbard’s boys and girls basketball seasons are almost over. Neither team had a great season overall, but they’re still working to improve their records. The girls have four games left in the regular season and the boys have five games remaining. The girls have a record of 4-14, with wins against Youngstown Chaney, Lakeview, John Marshall of Cleveland, and Girard. The boys have a record of 2-17, only defeating Jefferson in both their meetings.

The boys have a total of five games left, consisting of two away and three home games. The play Lakeview, Poland and West Branch at home, while Struthers and Valley Christian are away matchups. Three out of these five are conference games and will go towards the standings in the Northeast 8 Conference. Junior Chanze Kelley said, “Our record may not show it, but we are still working hard everyday to get better. We still have games left that we can win and hopefully end our season on a positive note.” The boys will start their tournament run against Youngstown Ursuline on February 26th at 7:00 at Ursuline High School. Hubbard is ranked as the #13 seed, and the Ursuline Irish are the #4 seed.

As for the girls, they have four games left. All of their remaining games will be played at home. Their upcoming games include: Lakeview, Struthers, Southeast, and Farrell, with two of these four being conference games. Senior Cailey Tingler says, “It’s hard knowing that we could have done better and won more games, but we have to focus on what’s left of the season.” The girls will start their tournament run in the OHSAA tournament on February 16 at 1:00 in Niles McKinley High School. Hubbard will face off with Niles, as Niles is the #5 seed and Hubbard is the #6 seed. The winner of that game will go play the #2 seed Cardinal Mooney. 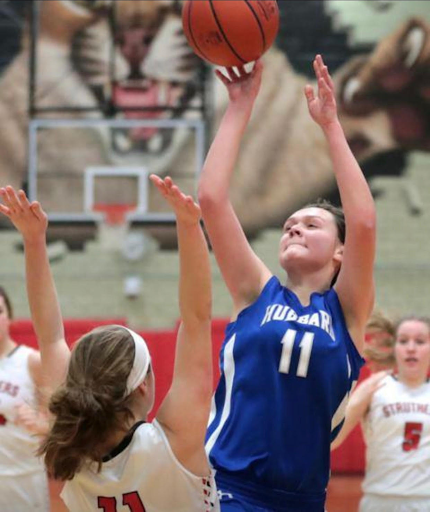 As Saturday February 16th came around, the Hubbard girls were ready to put up a fight against the Niles McKinley Red Dragons. The two teams met two times previous to the play-off game in the regular season. Niles won both games by very large margins. Niles thought this would be an easy game to win, but Hubbard didn’t want to end the season that way. The girls stepped up and fought the whole game.

Niles took an early lead, 14-5, in the first quarter. The Eagles started to get hot, a couple 3-pointers cut the deficit and the Eagles went into halftime down only two. The score was 22-20. Hubbard had already made a huge improvement from the first two times they had played Niles. After the half, Niles extended their lead, but Hubbard didn’t stop fighting there. Hubbard went on a 12-2 run and took their first lead of the game with a score of 34-33. Four minutes were left,  and both team kept battling until the sound of the final buzzer. The score stayed the same until two-minute-mark when Niles broke the tie with a long distance 3-pointer. From there, Hubbard kept playing, but it wasn’t enough to pull off a play-off victory. Senior captain Kelsey Tingler said “I’m very proud of how we played. We made a huge improvement from the first two times we met Niles. It stinks that we lost in such a close game, however; we almost had the win.”

The boys were matched up against the Ursuline Irish. The Irish have a reputation for being one of the best teams in the area, year after year. The boys went into the game knowing the had a tough opponent, but that didn’t stop them from putting up a fight just like the girls did. Ursuline proved to be a tough team, but the Eagles stuck with them for the majority of the game. Junior point guard for the Eagles, Cam Resatar, had another great game. Cam tallied 31 points in the play-off game, and the Irish couldn’t stop him. Unfortunately, the Irish pulled away at the end. The Eagles ended their season with a final score of 77-62. Senior Mark Eckard commented, “We played hard throughout the game. I wish we could have pulled out the win, but we played a good game against a great team.”

The boys ended with an overall record of 2-21. The girls finished with a record of 5-18. These records may not appear to be the best, but both teams worked hard throughout the whole season.  Another achievement for HHS basketball: 2018-2019 was the first time both teams competed in the Northeast 8 Conference. Hopefully next season, the boys and girls can win a few more games to improve their record from this season and again make it to the 2020 OHSAA tournament.