Should Girls Be Banned from Boys Sports? 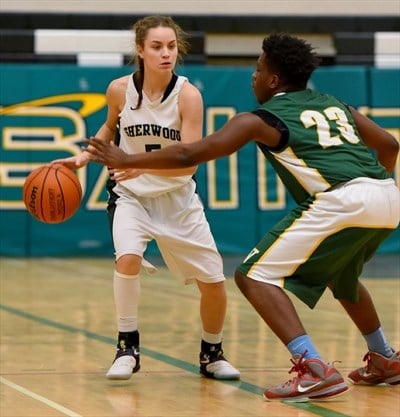 Part of the societal change reflected in the 21st century is the determination by some high school girls to join and participate in boys sport teams.  This is a continued controversy, and there are pros and cons on both sides. However, in this opinion piece, I will outline my main reasons why I believe sports should remain segregated by gender.  Readers may disagree, but perhaps this article will give them another side to consider.

First, consider some supportive evidence in favor of this separation by gender: According to Wildcatvoice.com “‘Men have greater cardiovascular reserve, with larger hearts, greater lung volume per body mass, a higher red blood cell count, and higher hemoglobin. They also have higher circulating clotting factors, which leads to faster healing of wounds,” writes Neel Burton M.D., a writer for Psychology Today. And according to sports author Jeff Fenske, ‘‘In terms of anaerobic power, men have over 45% higher vertical leap and over 25% faster sprint times.’’ This evidence suggests that when it comes to physical sports, men have advantages in every category.

Although some girls may be bigger, stronger, or taller than opposing boys, and although they may want to be involved in boys’ sports, it is not always healthy for them and could lead to many injuries that could affect these girls for the rest of their lives. In an online article on Sideline Sports doc, a writer states: “According to Dr. Jeremy Alland, a sports medicine physician at Midwest Orthopaedics at Rush, ‘there is a noted increase in ACL injuries among girls is due to a lack of neuromuscular strength training,’  he explains. “Among other factors, girls tend to have less control at the hip and tend to land with their knees in an inward or “knock-kneed” position. This can increase their risk for knee injuries like ACL tears.”  Even if these girls do not get injured, their desire to play male sports might change with time. HHS Sophomore Gracie Bencetic said: “In middle school I regretted not playing football because I was bigger than everyone else, plus my three older brothers played, but now that we are in high school, everyone caught up or passed me up in size, and I no longer want to play with them.”

Even though some girls may consider themselves “tomboys” who always play with boys and have the same interests as they do, that still doesn’t mean that all would turn out equally on the sports field or in the sports arena. Mentally these “tomboys” may think that they are capable of “hanging with the guys” but physically, their body cannot handle the same amount of stress to the skeletal and musculature frame. This discrepancy has been noted and proven in several studies.

A final physical argument against girls in boys sports is another health point presented by The Washington Post online: “Female athletes, in particular soccer players, suffer concussions at a significantly higher rate than their male counterparts, according to a study released this month by the American Academy of Orthopaedic Surgeons.  In matched sports, girls were 12.1 percent more likely to sustain a concussion than boys, according to the report, which tracked concussions in a sport relative to total number of injuries from 2005 to 2015 using the High School Reporting Information injury surveillance system. In basketball, for example, concussions only accounted for 8.8 percent of boys’ injuries, but 25.6 percent of girls’ injuries.”  Repercussions of a concussion can follow someone far past their adolescent years, so this is another strong argument against girls playing on boys sports teams.

Many will still argue for equality in all sports, and just as many will continue to argue against it.  Hopefully, this article sheds some light on why I believe that girls should stick to sports with their own gender. It still remains for you to decide which argument you favor.