Girls Grit and Going for the Gold 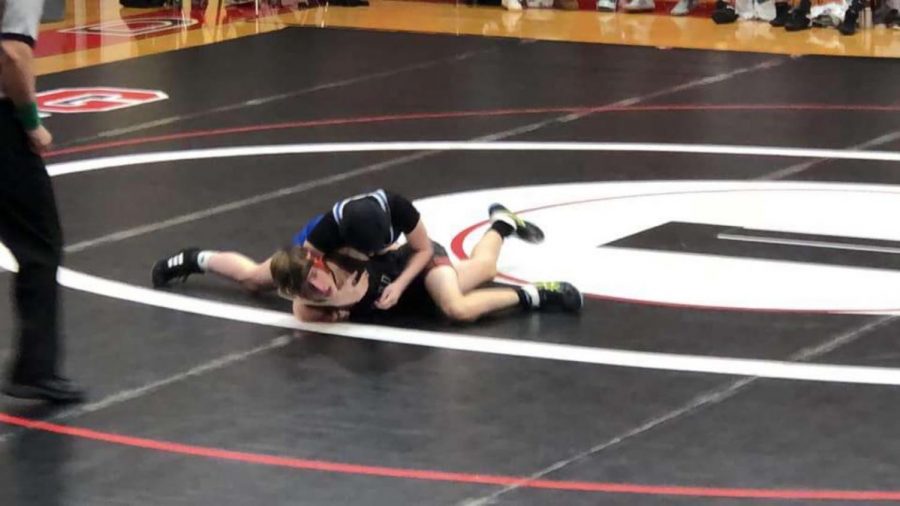 This year’s wrestling season is set to be the best Hubbard has had yet. Nikolai Timbs is the new coach for the 2019-2020 season. He was an Ohio State wrestler and later became director of operations after graduation to give back to his alma mater. Coach Timbs has also appointed Hubbard alumni and former wrestler Matt Chavez as assistant coach.

Boundary breaking steps are being made at Hubbard with  a total of eight girls hitting the mats this season. Senior Jewels Little states, “ It’s hard especially with it being my first year. It gets frustrating because it causes you to become very emotional. With me being female, wrestling can be 10 times harder because guys don’t want to wrestle the girls, and this discrimination of a sort can also be very frustrating. However, this has been a great experience, and I don’t regret it at all. I am happy and honored that I got the opportunity to become a wrestler for Hubbard High.”  Another lady wrestler shared her experience: “Wrestling shows you how to keep going even when you feel like quitting, and it’s one of the hardest workouts ever,” stated Zoie Czap sophomore. Both the coaches have made many efforts to make sure the girls are given equal treatment and opportunities just like the male wrestlers, and this equality includes paying for them to go to women’s states and women’s only tournaments.

Team captains for this year were chosen by Coach Timbs. The captains include Conner Burrus (11) and Patrick Brown (12) and together have chosen the theme for this year as “family.”  The Eagle wrestlers decided on the theme after looking at past years and what could’ve been done differently and better; then, after a short discussion, the theme was chosen. Both the captains lead practice with the phrase: “ We work to best the best people on our worst days, not the worst people on our best days.” The team works collectively to have the mindset of a “family” and “Beating the best on our worst days..” is the phrase used to center whatever practice and lift sessions the Eagles are at. Last year districts were the furthest anyone got to; however, this year, they are looking to improve that drastically by having wrestlers go to state.