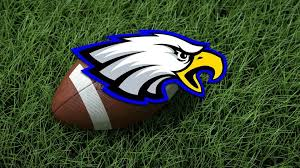 2020 has been anything but normal. The world is experiencing a global pandemic, natural tragedies like fires and hurricanes, and worldwide protests following the deaths of George Floyd, Breonna Taylor and others. During these difficult times, everyone tries to find an escape. For some, it might be enjoying alone time with your family; others might be learning new hobbies. For the people of Hubbard, Ohio, their escape is, and has always been, Hubbard Eagle Football.

With so much uncertainty surrounding the Eagles and their season, all the players and coaches could do was pray for a season possibility and work. They looked continually for the green-light to play, and on August 18th, they got their “okay”. The 2020 season would look much different from years past, however. Governor Mike DeWine and The Ohio High School Athletic Association (OHSAA) set guidelines for the football season. Those guidelines were: six game seasons; everyone makes playoffs; players, refs, coaches and spectators must wear masks and practice social distancing; and stadiums can support only 15-20% capacity, to name a few.  “It’s going to be completely different than what we’re used to, but as long as we’re playing, I could care less,” says Senior Joe Langley when asked what he thinks the season will be like during a global pandemic. But with the green-light, the Eagles buckled down and worked harder than ever to prepare for this bizarre season.

Before the Eagles could do anything, they had massive gaps to fill on both sides of the ball. The Eagles were returning 5 starters on offense and 5 on defense, along with a handful of underclassmen who had a taste of varsity action in the prior year. On offense, the Eagles were hit hardest at the O-Line, where the only returning starters were Junior Alex Goodrick and Senior Joe Langley. The Eagles did have the benefit, however, of returning skilled players highlighted by Junior Running Back TC Caffey. Caffey had a tremendous Sophomore Campaign in which he ran for 786 yards and 8 TD’s (MaxPreps.com). The Eagles were also returning Senior Andrew Frank as receiver, and Senior Quarterback Kobe Krisuk who started a handful of games the previous year. On the defensive side of the ball, Goodrick (who earned NE8 2nd team all conference), Krisuk, Frank, and Senior Brant Borawiec (playing OLB, SS, and CB) all returned for the Eagles. 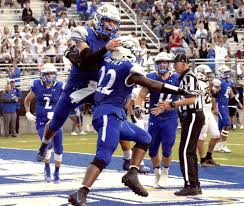 With few starters returning, the Eagles coaching staff had to rely heavily on young guys and veterans with little varsity experience. On offense, joining Goodrick and Langley are: Freshman Nick Bowser, Sophomore Ben Chaney, Juniors Tommy Seese and Mikey Zapka, along with Seniors Cody Stere, Jovanni Scacchetti and George Papadopoulos. Joining Caffey, Frank, and Krisuk were: Boraweic, Sophomores Yianni Hazimihalis Royal Mcconahy, and Juniors Landan Bates, Josh Ruban, and Tino Pesce. On defense, Goodrick, Zapka, Bowser, Langley, and Junior Donny Cheffo are controlling the trenches. Mcconahy along with Juniors Nicky VanSuch, Damian LaRosa, Robby Kist, and Senior Evan Jarvis (who returns after a 2-year hiatus from football) man the linebacker positions. In the defensive backfield, Frank and Borawiec are on the outside while Ruban and Hazimihalis are the two deep men at the Safety positions.

The Eagles, being guided by their Senior leaders, strive to earn a winning record (a streak dating back to 1999) and battle their way through a tough Division 3 Region 3 playing field. With 27 teams in the playoffs, it’s all up for grabs. “I feel really good about this team, we have really good Senior leaders and the work that some of these guys put in during the offseason is crazy,” said Krisuk, “We’re going to turn some heads.”