Though the weather has been all over the place for the past two weeks, spring has officially begun. Springtime leads to the start of a new season of sports here at HHS. Baseball, softball, and track have begun. What sporting event will you be attending?

Last season, the softball team finished with a record of 16-10. The team made it to districts, and then sadly lost to Marlington by one run. This season the seniors of the softball team have all committed to play at the college level. Gillian Reyser has committed to Bawldin Wallace, Grace Narkum to Cleveland State, Lexi Najdusak to Pitt Bradford, and Haley Croyle to Akron. The softball team is definitely one to watch with a show-stopping senior varsity group. The softball team also set some pretty big goals for the season. Senior Haley Croyle says, “Our goals are very big: we want to win our conference, then move onto the district championship and hopefully go to state.” Will they make it? Only hard work and commitment will be what get them there.

Baseball is another popular spring sport here at HHS. The baseball team ended last season with a record of 10-8. For this season, the baseball team has determined plans to have an awesome run. Junior Ryan Murray says, “Our goal is to keep a positive mindset through every game. We know we’re good enough to beat every team. It’s all about the positive effort we put in. We all glue well together, so I know a huge dream of ours would be to win state, but nothing is impossible. #dirtybirds.” Wanting to win state is a common dream among high school athletes.

The final sport of the spring season is track. Track is both an individual and team sport. This season the girls track team is looking to have fun while they run, but they are also looking to win. Layla Mauk, Junior says, “This season the track team’s goal is to do well in the meets, have fun as a team, and strive to beat our times in races.”

With this sports season on a roll. Luck is wished to all players and their coaches! 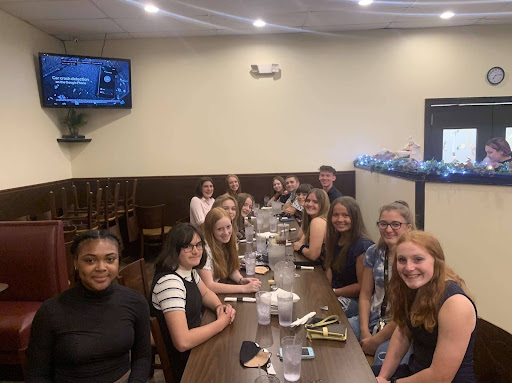