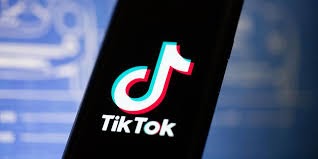 Every few years, a new social media app seems to grasp the attention of teens all over the world, and this year is no different. Over the long unexpected downtime that Hubbard High students and others around the globe received this year due to Covid-19, many quickly attached themselves to the app known as TikTok, which has been downloaded over 165 million times, online sources say.   On this social media app, people can create and share 60-second or under videos. The app became quite popular for people of various ages as videos are short and quick and can cover a large variety of subjects. Whether you enjoy dance videos, storytimes, sports clips, following your favorite celebrities–there is something for you to browse through on the app. “Time seems to fly by when I am on TikTok, it always keeps me entertained when I have downtime,” says senior, Tristan Adamson.

While this app’s popularity is undeniable, so is the controversy surrounding it. The U.S. government views TikTok as both a national and a US security threat, and this has led to the idea of banning the well-known app owned by the Chinese company ByteDance. The cause for concern among policymakers and government officials is that ByteDance could at some point be forced to hand over TikTok’s data on U.S. users to the Chinese government, due to the national security laws. On August 6, 2020, President Trump issued an executive order that in 45 days the company would no longer be supported by U.S. carriers. The government’s concern is primarily centered around data security and privacy. In order to prevent the ban in the US, TikTok has avidly been taking action to sell shares to American companies to alleviate concerns.

When the possibility of banning the popular app was up in the air and many were unsure of the fate of TikTok, Microsoft originally stepped forward in an effort to save the app, sources explain. After weeks of discussion, Microsoft’s bid was rejected by ByteDance, and they publicly announced that they would not be acquiring the growing app. The fallout with Microsoft opened a door for another company known as Oracle. Negotiations between TikTok and Oracle began, and eventually an agreement between the two companies was reached. The exact specifics of the agreement also involve the retailer Walmart as a small partner, and according to online sources, some of the specifics are the following:

Oracle and Walmart would partner with TikTok in the U.S.
Oracle will become TikTok’s cloud provider and a minority investor with a 12.5% stake.
Walmart has tentatively agreed to a purchase 7.5% stake, and CEO Doug McMillon would serve as one of the five board members of the newly created company.
TikTok’s Chinese parent company ByteDance will own the remaining 80% of TikTok, according to a person familiar with the matter.
The U.S. Department of Commerce announced it would delay the prohibition of U.S. transactions with TikTok until a further date.

While the government still sees the popular app as a potential threat to U.S. security and an invasion of privacy against American citizens, users of the app see potential  banning as a violation of their freedom. “I do not think it is right for the national government to take TikTok away as there doesn’t appear to be much solid proof as to why they should remove it. We live in a free country where we should be able to make our own decisions concerning our privacy risks,” said junior, Mckenzie Conger. The future of TikTok may still be uncertain, but one thing that is certain is that the users of the app will not go down without a fight.