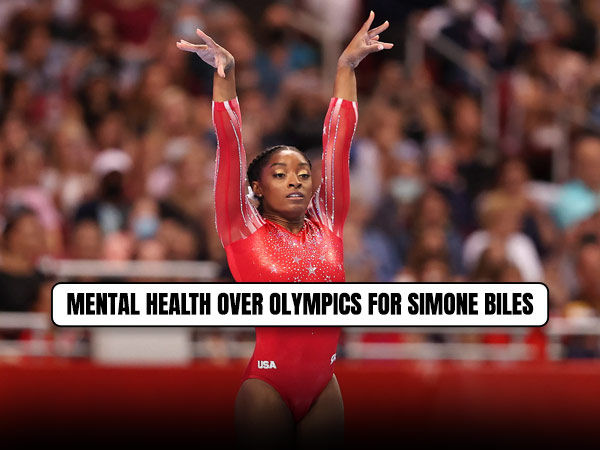 Teens today have different people whom they look up to and label as a role model. Some may say that their role models are their parents, friends, or a family friend. A few of the more well-known (or maybe not so well-known) teen role models today are Simone Biles, Rowan Blanchard, Ellie Simmons, Jazz Jennings and Malala Yousafzai. Each is a remarkable inspiration for a valid reason, whether that’s for a sport, artistic endeavor or for just simply being totally and uniquely who they are. Most role models are on multiple social media platforms which is why they typically attract teenagers. Here are some that most teens should recognize or become familiar with for various reasons.

Simone Biles is a world-wide, well-known gymnast.  At some point in the lives of most teens, they may go through a stage where their mental health isn’t at its highest quality, particularly since the Covid pandemic. This is exactly what happened to Simone at this year’s Tokyo Olympics; she dropped out of the competition to better her health mentally. Biles explained, “ I have to do what’s right for me and focus on my mental health and not jeopardize my health and well-being.” When she did this, she showed everyone that putting your mental health first is highly important and should become a priority. Mckenzie Conger, grade 12, had this to say about Biles’ decision to withdraw: “I personally think mental health is the most important thing to live a healthy lifestyle.”  See Biles’ withdrawal here: Simone Biles Withdraws

In this age of diversity, let’s consider two remarkable women who represent their identity proudly, and are, in that way, perfect role models.  Rowan Blanchard and Jazz Jennings are both outgoing women who strongly support the LGBTQ community. Rowan Blanchard was on a popular show known as “ Girl Meets World” where she raised awareness on topics that teens tend to struggle with everyday. She is most known for speech at the “ He for she Conference” because she spoke about things like gender equality and body image which later inspired many young girls.  Lately, she’s been featured as the star of the Netflix series Snowpiercer.  For more on Blanchard’s message, view this: Rowan Blanchard

Jazz Jennings is also an active member in the LGBTQ community as she is Transgendered. She has her own TV show called “ I am Jazz” which focuses on the reality of being a transgender teen. Jazz shares the good, bad, the ugly and how she deals with it. Jazz has taught many teens to be proud of who they are and how they look. Jennings earned the title of “The Youngest Transgender Child in the World,” and has adapted to that label remarkably well.  For more on Jennings and her transformation, view this: Jazz Jennings

Ellie Simmonds is a Paralympian who has overcome the unthinkable and put in an incredible amount of hard work and dedication. She is only 4ft tall because of her bone growth disorder known as Achondroplasia. This reporter asked Hubbard student Riley K. “ Do you think that your size matters when it comes to sports?” She responded strongly, “ No! Anything is achievable. You see the Olympics for the disabled and girls playing football, so what’s the difference?”As a competitive swimmer, Simmonds has always had difficulty keeping up with other swimmers because of her size. She went on to prove that one’s height doesn’t matter, what truly matters is the amount of work one puts in and how hard he or she pushes to achieve success. For more on Simmonds’ remarkable accomplishments, view this: Ellie Simmonds

Malala Yousafzai is the youngest Nobel Prize laureate. She won her Nobel Prize after she survived an October 2012  assination attempt where she was shot by Pakistani gunman on her schoolbus in an attempt to silence her activism.  Malala was shot, but remarkably continued to stand up for women and their education even through the difficulties she faced. She utilized Social Media to further her message, and her voice was heard even louder. Her actions allowed young females to get the education they deserve in the countries that can’t provide it for them.  To view Malala’s Nobel Prize Speech, click here: Malala: Nobel Prize Laureate

These are only a few examples of teen role models of today. If you were unaware of their achievements before, then you are no longer.  Consider how some of these teens can inspire positive behavior in others, and in you as well. .