“O Captain, My Captain”: The Legacy of Amy Ramey 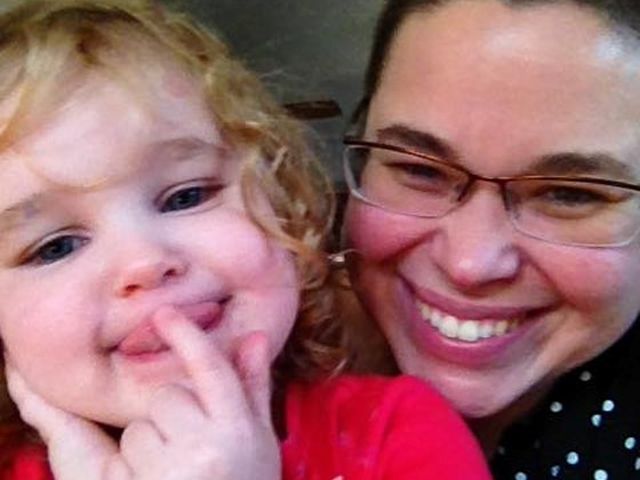 In 2000, Mrs. Amy Ramey joined the Hubbard High School teaching team, making a positive impact on just about everyone she encountered. Quite frankly, she was overqualified for her position in Hubbard, having already received a bachelor’s degree from Cornell College (Secondary Education with a major in English) and a master’s degree—one from Westminster (Reading), while working on a second master’s from Kent State (Library Science). She started out her career as a sub in the special education department and then transitioned within a few years to predominantly teaching Advanced English and reading classes. She taught Honors 9 for eleven years, College Prep 9 for five years, College Prep 12 for two years, and Advanced Placement Literature and Language for seven and six years respectively, so English became her permanent home.

Tragically, Mrs. Ramey’s life took a drastic turn when she was diagnosed with T-cell acute lymphoblastic leukemia in June 2012 during her pregnancy with her first and only daughter, Genevieve. Mrs. Ramey gave birth to Genevieve somewhat early at 32 weeks in order to undergo intense chemotherapy along with other treatments. Ultimately, she had to stop teaching in the fall of 2012 due to the intensity of the treatments, and her reactions to these. The spring of the following year she was asked to the Hubbard Top 10 Banquet by Rachel McConnell, which she gladly attended. At the banquet, she gave a really moving speech about how she was grateful that her students still thought of her, and she didn’t realize how much of an impact her leaving had on her students. During this time period the Ramey Family, which consisted of Amy, her husband Jon and daughter Genevieve, was enjoying a brief respite from the aggressiveness of cancer.

Then in October of 2014, Mrs. Ramey was diagnosed with a relapse of the leukemia, and this time it came back with a vengeance. A bone marrow transplant was the next necessary step in the effort to permanently eliminate the cancer. The community rallied around her and hosted events including a bone marrow donor drive in December of 2014, spearheaded by science teacher Mrs. Tiffany Bendersky. Her students helped to raise money for the family’s medical costs by selling “Team Ramey” t-shirts, and they ended up selling hundreds!

Sadly, Mrs. Ramey, at the age of 39, lost her extensive battle to cancer on Sunday, April 3rd, leaving her family, friends, colleagues, and previous students heart-broken. When I asked current teachers in the English department to talk about her legacy each and every one of them agreed with a heavy heart. Mr. Brian Bosheff officially took over Mrs. Ramey’s classes in the fall of 2012; he stated that he “always thought she was coming back to teach.” He then went on to talk about how he still uses much of her material that she formatted for the classes he took over, a sign perhaps that he anticipated her return. Likewise, Department Chairperson Mrs. Lisa Shattuck talked about how she frequently told Mrs. Ramey that she hoped she would return to fill her spot when she (Mrs. Shattuck) retires in a few years. Mr. Rod Greenamyer spoke of her dedicated work ethic. Mrs. Mary Bebech commented on the inspiring influence of Mrs. Ramey on both of her daughters. Mrs. Colleen Murray also spoke admiringly of Mrs. Ramey. She said, “[Mrs. Ramey] left a lasting impression on both her students and colleagues, and we are better people for having known her. I will miss her humor and her wit, and above all, her friendship.” Mrs. Ramey will be greatly missed by both her fellow teachers and her students.

Some of her former students, in particular, wished to speak about her. Rachel McConnell, class of 2013 had the privilege of asking Mrs. Ramey to escort her to the Top 10 Banquet, as stated above. She remarked, “Through [her past students she will continue] to impact hundreds of other individuals. In that way, her love of teaching, her love of reading, her love for education, her push for success and excellence, her love of people, her gentle understanding of human nature, (and a unique appreciation for Great Expectations) continues on though us all. I can only hope that one day I make an impact half the magnitude of Mrs. Ramey’s.” Tyler Miller-Gordon, also class of 2013 added, “The lessons I learned. The texts I read. The times when I hated all of the work I had to do. For all of the good and the bad- she was a major component of how I came to be a philosopher, a good person, and a good student. My words here could not do her justice.”

From all that I have heard about Mrs. Amy Ramey, I would have to judge that she was nothing but encouraging. I never had the honor of being taught by such a gentle and good-spirited woman, and I can only imagine the influence she would have had on hundreds of other students’ lives. But regardless of how short her time seemed, her legacy will live on through every single person she has ever encountered. As Jackie Robinson once said, “A life is not important except in the impact it has on other lives,” and I believe that Mrs. Ramey’s impact is continuing.